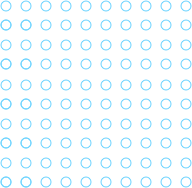 The American Advertising Federation (AAF) is the nation’s oldest national advertising trade association and the only association representing all facets of the advertising industry. AAF is headquartered in Washington, D.C and acts as the “Unifying Voice for Advertising.” The AAF also has 15 district operations, each located in and representing a different region of the nation. The AAF’s membership is comprised of nearly 100 blue chip corporate members comprising the nation’s leading advertisers, advertising agencies, and media companies; a national network of nearly 200 local federations, representing 40,000 advertising professionals, located in ad communities across the country; and more than 200 AAF college chapters, with over 6,500 student members. The AAF operates a host of programs and initiatives including the Advertising Hall of Fame, the American Advertising Awards, the National Student Advertising Competition, the Mosaic Center on Multiculturalism, and summer Ad Camps for high school students in Chicago and Washington.

what is aaf's mission?

The American Advertising Federation protects and promotes the well-being of advertising. We accomplish this through a unique, nationally-coordinated grassroots network of advertisers, agencies, media companies, local advertising clubs, and college chapters.

what does aaf do?

what are some of aaf's initiatives?

AAF Northeast Tennessee leadership roles help you learn to work with a team and manage resources and projects.

AAF Northeast Tennessee hosts monthly luncheons where speakers offer insight on everything from industry history to tips on improving the quality of your creative, marketing, social, and digital initiatives.

It’s not all business. The leaders at AAF Northeast Tennessee work hard to create an environment where members can let loose, mingle, and build lasting connections.